If it’s a cone, leave it alone!

Home > Uncategorized > If it’s a cone, leave it alone!

What pretty-looking, pocket-sized trinket is powerful enough to kill a human being?

Meet the Cone Snail – The world’s most venomous snail, found throughout the coral reef regions of the world. 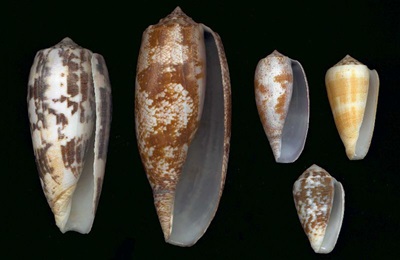 What’s so dangerous about these slow-moving snails?

Cone snails have an oral syphon which they use for sniffing out their prey and they have 2 different primary methods of feeding –  hook and line versus net hunting.

The first group of cone snail – has a big oral hood like a net – they find a sleeping fish – envelope it in the hood – then use a harpoon-like tooth – stab it and inject it with venom and immobilizes within seconds.

The second group of cone snail – also feeds on sleeping fish – they have a proboscis that comes out of the mouth through the sand – nails the fish with the harpoon tooth and injects it with venom causing paralysis within seconds. Then they haul it in like a fishing line down their throat into their stomach and eat the whole thing in one complete mouthful.

A concoction of cone snail venom.

Not only do cone snails feed in different ways, they produce different types of venom for different purposes. Think of them like mobile chemical factories – cone snails can produce venom for catching their prey or they can produce a completely different kind of venom for defence against predators. They do this in a really unique way using a venom gland with a really long venom duct or hose connected to their harpoon-like tooth. The venom gland is like a bag full of ingredients – they take different ingredients to construct different types of venom down along that duct to squirt out the other end depending on what they encounter – food or foe! 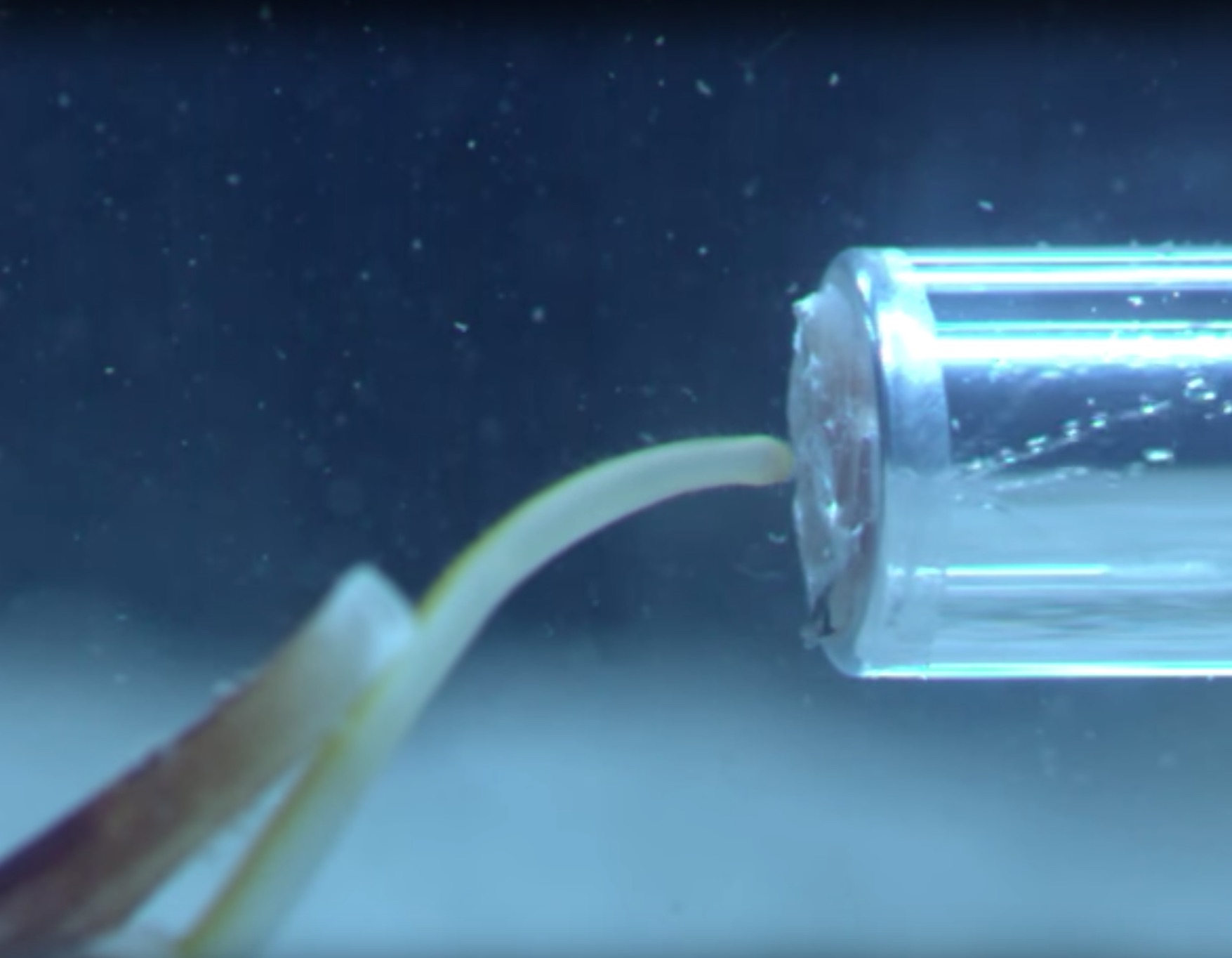 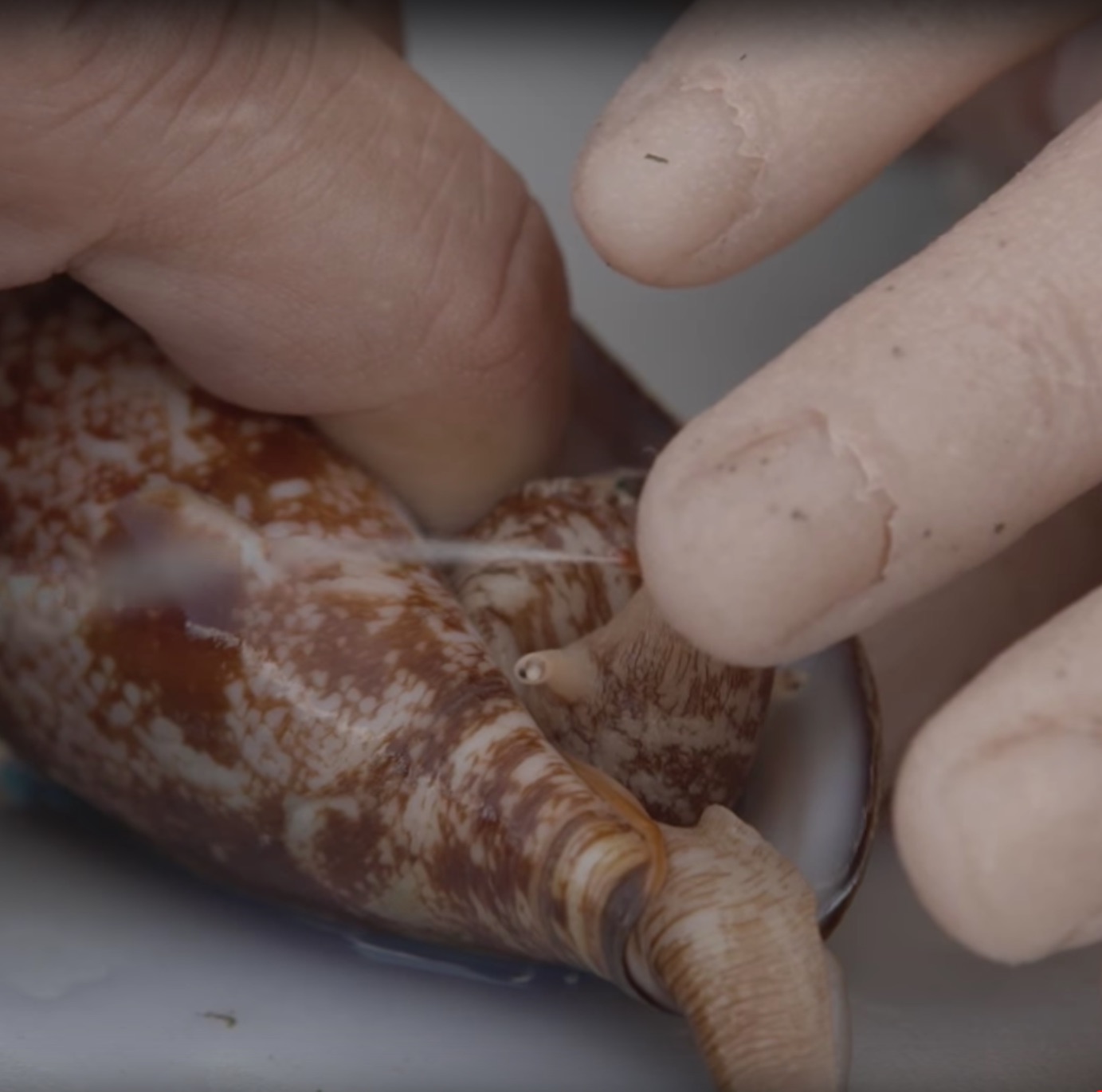 Of the 500 species of poisonous cone snails, just a few are venomous enough to kill you. Conus geographus, Conus tulipa, Conus striatus, Conus catus and Conus magus are exceptionally dangerous and should never be handled under any circumstances. The geographus cone snail is the deadliest, with more than 100 toxins in its small, six-inch body. Conus venom is a complex mixture of compounds that cause paralysis through multiple neuromuscular blocking steps.

Due to the wide range of molecular targets and the variation in the venom of each Conus species, it is virtually impossible to create effective anti-venom. The most important intervention after cone snail envenomation is to seek urgent hospital-based therapy and to ensure that the patient’s airway, breathing, and circulation remains intact. Pressure immobilization can be utilized to prevent venom spread. Additional reports have suggested that hot water may be effective for pain relief after cone snail envenomation. More research is needed before this becomes standard of care.