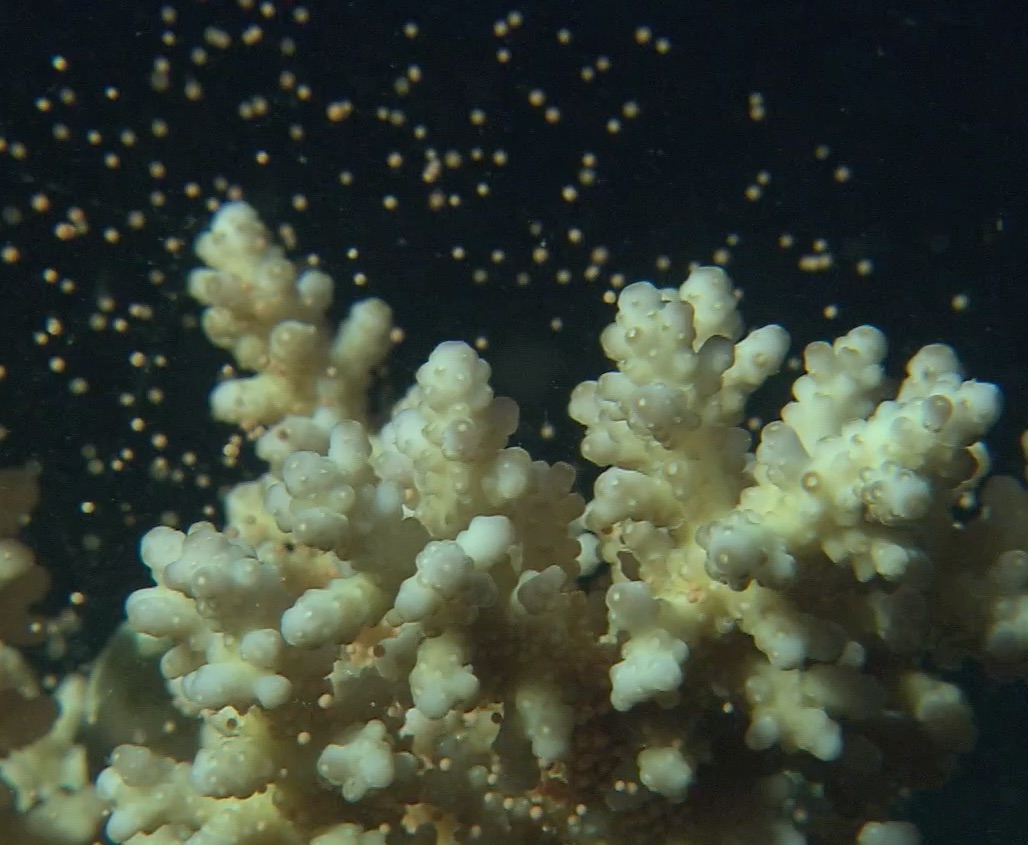 A phenomenon that makes coral spawn more than once a year is improving the resilience of the Great Barrier Reef.

The discovery was made by the University of Queensland and CSIRO researchers investigating whether corals that split their spawning over multiple months are more successful at spreading their offspring across different reefs.

Dr Karlo Hock, from UQ’s School of Biological Sciences, said coral mass spawning events are one of the most spectacular events in the oceans.

“On Australia’s Great Barrier Reef, all coral colonies typically spawn only once per year, over several nights after the full moon, as the water warms up in late spring.”

“This helps them synchronise their reproduction to the best environmental conditions and moon phases,” he said.

“While reproductive success during split spawning may be lower than usual because it can lead to reduced fertilisation, we found that the release of eggs in two separate smaller events gives the corals a second and improved chance of finding a new home reef.”

The research team brought together multi-disciplinary skills in modelling, coral biology, ecology, and oceanography, simulating the dispersal of coral larvae during these split spawning events, among the more than 3800 reefs that make up the Great Barrier Reef.

They looked at whether the split spawning events more reliably supply larvae to the reefs, as well as whether the ability to exchange larvae among the reefs is enhanced by them.

UQ’s Professor Peter J. Mumby said split spawning events can increase the reliability of larval supply as the reefs tend to be better connected and have more numerous, as well as more frequent, larval exchanges.

“This means that split spawning can increase the recovery potential for reefs in the region.

“A more reliable supply of coral larvae could particularly benefit reefs that have recently suffered disturbances when coral populations need new coral recruits the most.

Dr Hock said the research also revealed that the natural processes of recovery can sometimes be more resilient than originally thought.

“However, even with such mechanisms in place, coral populations can only withstand so much pressure,” he said.

“It all ends up being the matter of scale: any potential benefits from split spawning might be irrelevant if we don’t have enough coral on these reefs to reproduce successfully.

“Mitigating well-established local and global threats to coral reefs – like river runoffs and carbon dioxide emissions – is essential for their continued survival.”