DNA studies on members of the genus Manta have revealed these rays actually belong to the genus Mobula.

The full scientific report on the taxonomic reclassification of mantas is available in the Zoological Journal.  For those of us that prefer science in short, concise terms that you can actually understand, the following is our simplified report.

WHO DO YOU THINK YOU ARE?

Similar to the popular TV show, scientists studied the whole ray family to trace their ancestral origins.  What they found was astonishing.

We all have relatives we wish we weren’t related to, right?   That’s something most of us can understand.  But what if you found out that Pete in the office was actually your long lost cousin?

Pete in this underwater scenario is two species of manta (now, mobula), who were mistakenly placed on a branch of their own in the family tree.  Why?  Because of a glaringly obvious physical difference: the position of their mouth.

What’s in a mouth?

But, now with all the DNA facts in front of them, scientists have realised that being a little mouthy isn’t enough to separate these rays from each other.

So now, Manta birostris (the giant, or oceanic manta) and Manta alfredi (reef manta) are no more. Instead, they are now known as Mobula birostris and Mobula alfredi.

The whole situation is an excellent reminder for we humans that you shouldn’t cast someone aside just because they look different.  You might find out they’re actually your brother.

NOTE: A possible third species – Manta birostris sensu, is yet to be formerly reclassified but is currently under DNA examination by Dr Andrea Marshall of the Marine Megafauna Foundation.

In another twist, the study also found that three species of mobula are virtually identical genetically to three other species.  The scientists decided to integrate these mobula doppelgangers with one another.  Now, instead of 11 species of mobula, there are 8. 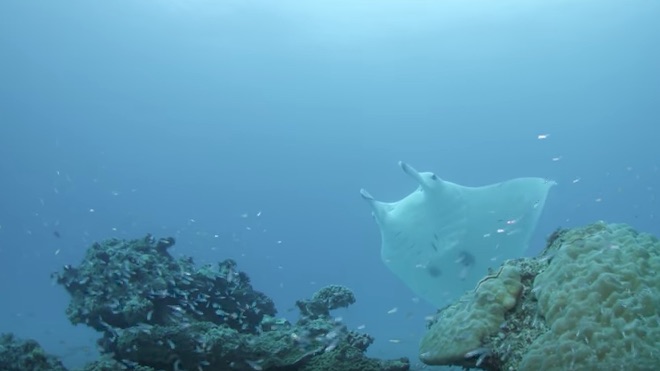 WHAT DOES IT ALL MEAN?

For science, it’s a massive feat.  Rays have always been more elusive in terms of their behavioural patterns and genetics.

For the average person, this will have no impact other than to perhaps open your mind to the wonder of science and the ever progressing field of scientific research.

For the mobula rays themselves, the impact of their name change will be extremely minimal.

We will all continue to call a manta a manta, and a devil ray a devil ray.

It’s like when a friend gets married and her last name might change, but who she is and what we call her never does.